Since the Industrial Revolution, German engineering has held a reputation for excellence. But even they make mistakes. Just take a look at these 5 missed Deutsche marks.

In its eternal quest for engineering precision, Germany has produced some amazing machinery, but for a country determined to excel it’s also created some spectacular duds.

Many German motorcycles exemplify engineering and functional excellence, but sometimes manufacturers simply get it wrong. Some of these unusual machines you may not have heard of, and with good reason – their makers would rather we forgot about them.

In the world’s largest motorcycle market, the US, cruiser sales were outstripping sportsbikes three to one in the 1990s. To expand, BMW needed a foothold in that lucrative area, and early in 1994, it decided to embark on a cruiser of its own.

Not given to following others, BMW maintained its independent path, using its preferred boxer twin over a more traditional V – twin.

The first step was to enlarge the engine, with a 2mm bore increase to 101mm and a longer stroke of 73mm. The displacement jumped to 1170cc, the compression ratio went down to 10:1, there were smaller valves and milder camshafts.

The cruiser’s chassis design was unique. BMW was already committed to Telelever front suspension, and while the frame and A-arm could be comfortably hidden by large fuel tanks and fairings on the other four-valve boxers, on the cruiser these had to be integrated into the styling.

Thus there was a new front subframe, and the alloy A-arm for the front suspension was highly polished to accentuate the cruiser image. 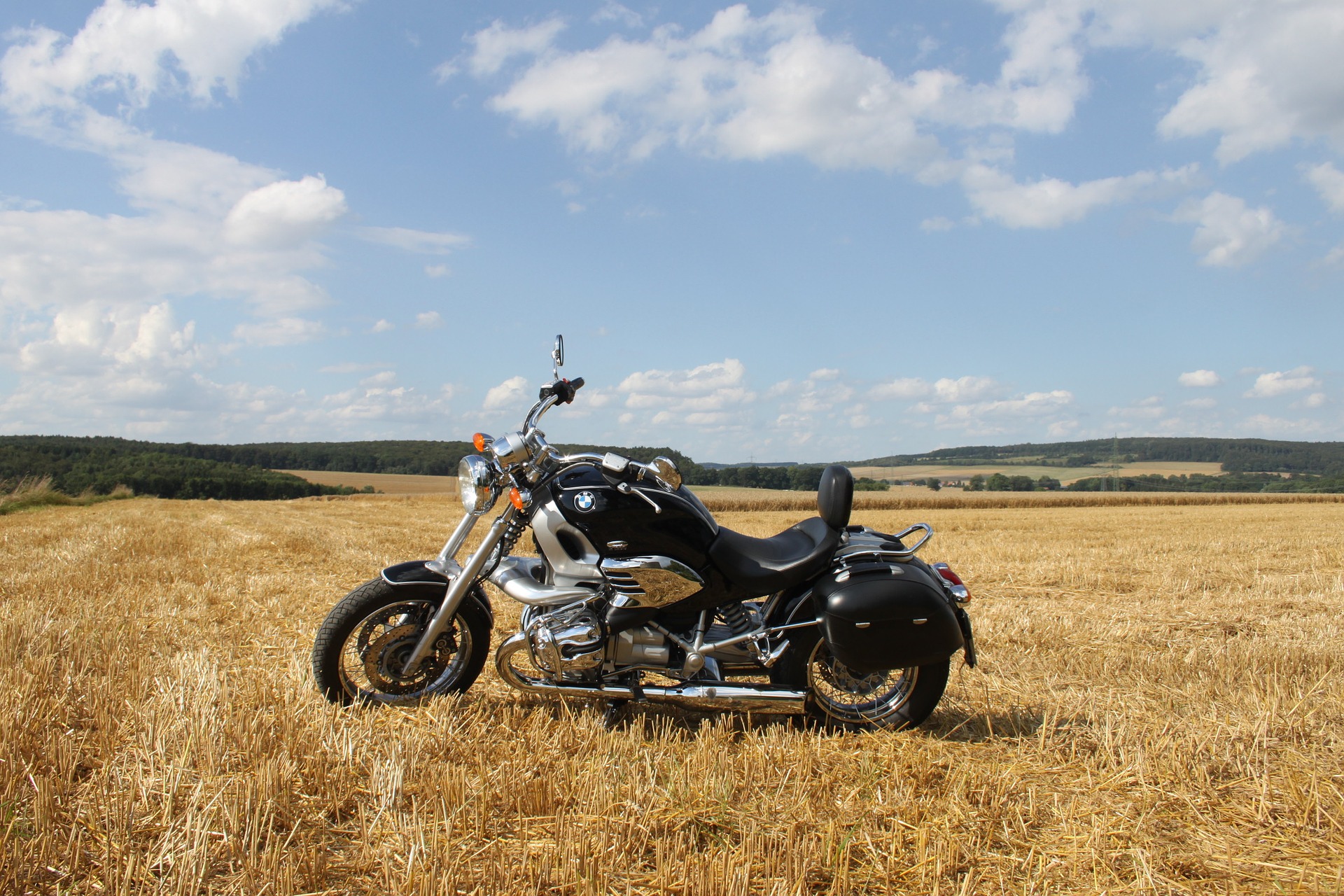 Rather than the usual rear Paralever set-up, the cruiser reverted to the earlier Monolever, but with two universal joints like the Paralever.

The single shock absorber was mounted to the cast swingarm, behind the front pivot, which pivoted on a tubular-steel rear subframe.

Designer David Robb went for a lot of chrome and polishing. From the A-arm to the rocker covers and air intake shrouds, the R1200C was certainly distinctive, and the quality of finish was extremely high.

Not everyone took to the R1200C’s extravagant styling, but its supporters initially far outweighed its detractors.

During 1998 it was the best-selling BMW, and this success continued, for a few years at least. A similar R850 C was offered in 1998, identical apart from the smaller engine, but this proved unpopular.

The cruiser buyer wasn’t budget conscious, and there was no substitute for capacity. The idea of an asthmatic 850 twin trying to push a 256kg cruiser was never going to catch on.

Ultimately the models simply faded from the scene, as cruiser buyers returned to their traditional V-twins.

The first production motorcycle to feature the Wankel rotary engine penned in the 1950s was the Hercules W2000, but from the outset, it was burdened with difficulties.

Because the Wankel design was patented by NSU it enforced complex licensing restrictions on its use, such as a 22.1kW (30hp) power limit.

The other problem was determining the engine’s capacity – while Hercules argued the W2000 was akin to a four-stroke 250cc, insurance companies went on the engine’s swept capacity, putting the model at 882cc. This meant the low-powered bike cost as much as a Kawasaki Z1 to insure. 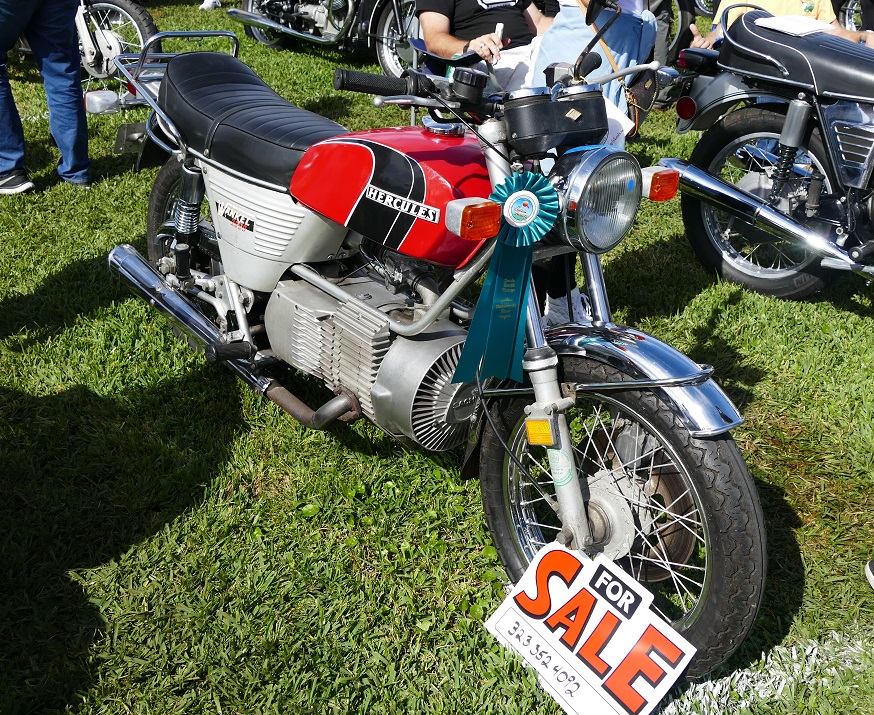 The air-cooled Wankel was surprisingly torquey, smooth and flexible, and a six-speed gearbox allowed the best use of its modest power.

A single Grimeca front disc brake was adequate, and with 18-inch wheels, the 172kg W2000 was a decent handler. But with a top speed of only 150km/h and dubious reliability, the W2000 was a sales disaster.

The Wankel ran extremely hot and revving it too high could lead to the rotary tips fluttering and breaking. Not only did this mean a premature engine rebuild, but also if the tip scored the rotary housing it was time to take out a second mortgage on the house.

Who bought it? Nobody, really. First, it was unusual. Beyond that handicap, it didn’t stand a chance when compared with bikes like Honda CB400Fs or Yamaha RD400s.

Similar in size and price to the Hercules, the Japanese bikes were faster, smoother, vastly more reliable, cheaper to insure, better finished and better looking.

Ultimately the market decided there was no place for a bike trying to be different for the sake of it. Certainly not one with a 19.9kW (27hp) engine that looked like a spin dryer.

Norton later persevered with the Wankel but eventually it died, just like turbocharging and single-sided front suspension.

You have to admire Hercules for daring to create a climate of diversity. It got it wrong but motorcycling is richer for it.

In the late 1970s, BMW struggled in the face of a strong local currency and tighter emissions controls. Faced with a bleak future, BMW sought salvation in cheaper and smaller boxer twins, the R45 and R65. Released in 1978 and replacing the R60/7, they were modeled on the bigger twins. 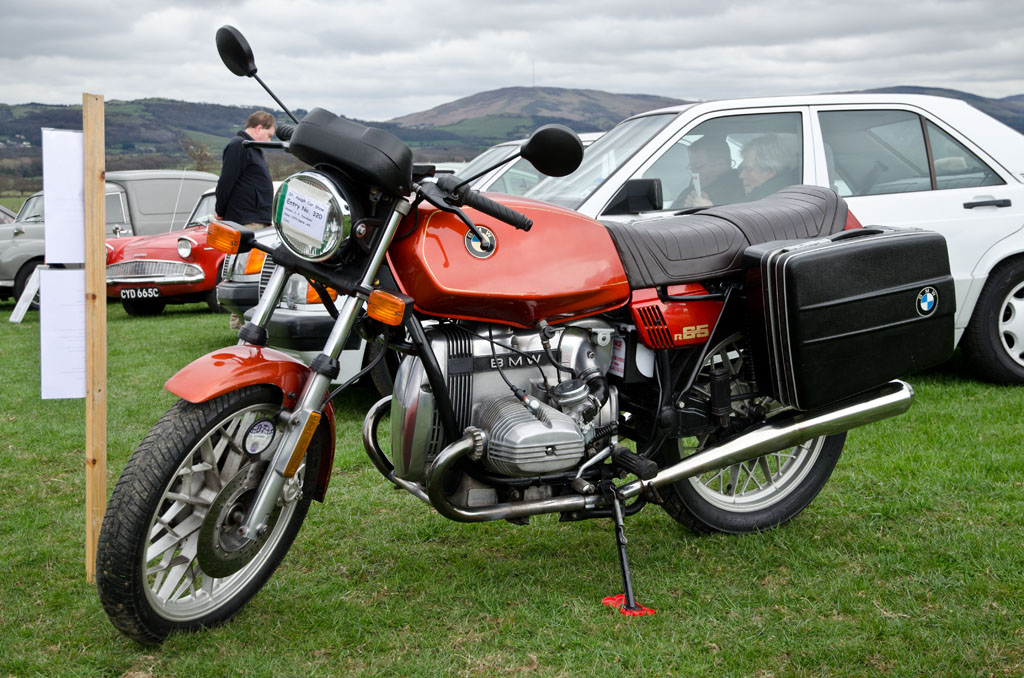 Although the crankcase castings were the same as the larger versions, the R45/65 had a shorter-stroke crankshaft (61.5mm) that allowed the engine to be 56mm narrower.

Also new was a single-row roller timing chain with an oil-damped tensioner, and the ignition points cam was no longer incorporated with the camshaft. The five-speed gearbox was shared with the larger twins, but with a lower final drive ratio.

But the smaller 25.7kW (35hp) R45 and 33.1kW (45hp) R65 lacked power, especially when compared to cheaper Japanese middleweights, and the R65 suffered from mid-range vibes.

Also new was an 18-inch front wheel and twin-piston front brake caliper. A smaller, angular tank and lower 770mm seat height contributed to a physically smaller machine, but the weight was only 10kg lighter than an R100.

For 1981 there was a lighter clutch, Nikasil cylinders, and electronic ignition. The R65 received larger valves and the power was increased to 36.8kW (50hp).

Optional twin front discs were available to match the power increase, but these developments did little to attract prospective buyers.

In an effort to widen the appeal of the series, the sporting R65LS was offered for 1982. Primarily a styling exercise that incorporated a cockpit with an integrated spoiler, the accentuated styling continued through to the seat with its integrated grab handles.

Undoubtedly a competent sporting middleweight, the R65LS was viewed by traditionalists as a cosmetic adulteration. Unloved and under-appreciated, the small twins were discontinued in 1985.

During the early 1970s, Maico was the leader in big-bore motocross. A properly jetted 400, 440 or 490 Maico would simply eat any other bike of that era in the race to the first turn.

It took several years before Japan figured out how to successfully copy the powerband of the 490 Maico. It was simply brilliant and is now a classic big-bore motocross bike of its era.

But Maico was dogged by inconsistency, and after the huge success of the 1970s, Maico was bankrupt by the mid-’80s.

This wasn’t the first time Maico had messed up. In the late 1950s, it narrowly avoided catastrophe with the Maicoletta, one of the most misguided motorcycle designs ever to appear from Germany.

Introduced in the mid-’50s, this fully enclosed colossus broke completely from the norm as far as scooters were concerned.

Powered by a single-cylinder, 247cc, piston-port two-stroke, the Maicoletta was one of the largest-capacity scooters produced by any manufacturer until the modern era.

Many features were quite innovative, like the four foot-operated gears, enclosed chain drive, centrifugal-fan cooling and electric start.

The motorcycle-style tubular-steel frame was fitted with a long-travel telescopic fork. Along with the bodywork, the most unusual feature was an unwieldy pair of 14-inch wheels, which gave an impression of instability.

Despite this, it was surprisingly effective in its intended role as a two-up touring machine and was capable of more than 75 mph.

The model did garner a following, but as a mainstream offering, it failed miserably. The drum brakes were marginal and the electric start failed regularly.

Nobody wanted it and it nearly sank the company. Eventually, Maico died, but not without leaving a rich legacy of great motocross bikes.

Before 1989 Germany was divided into East and West, with considerably more than a wall between them. Technologically, East Germany was several generations behind the West and this was evident in motorcycle development.

But the 250cc Simson AWO 425 was one of the better machines to emanate from the East in the 1950s. It was also developed into a successful road racer and off-road machine. 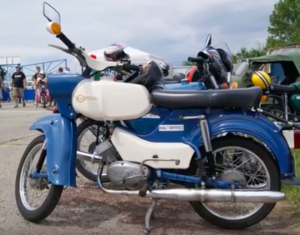 Although the four-stroke Simsons had been extremely successful, after a decade the Communist bean counters decided there would be no more larger-capacity Simsons, and only mundane motorcycles and mopeds.

One of these was the 50cc Sperber or Sparrow Hawk. It was difficult to imagine how such an unexciting machine could emanate from a company responsible for so many race victories but the Sperber really summed up Communist ethos.

It was simply a motorcycle created for basic transportation, but it didn’t even do that very well.

The specification included Simson’s trademark leading-link front suspension, along with a twin-shock rear end, and the 80kg Sperber was capable of around 47 mph.

Simson expected huge export success with the model but although some 80,000 examples were built, there was no shortage of mopeds around the world and export sales simply weren’t there.

It wasn’t even very popular in transport – starved East Germany.

Ultimately, Simson became another casualty of state-owned incompetence, but the Sperber was much worse than most East German motorcycles.

With virtually nothing to recommend it, the tragedy was the Sperber was associated with one of the oldest names in European motorcycling. 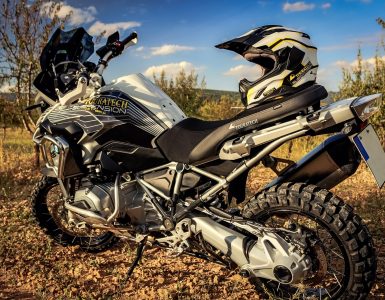