The centerpiece of Lexus’s stand at the Frankfurt Motor Show will be the hybrid power GS 450h. The high-performance prestige saloon will be making its European show debut, ahead of going on sale next year. 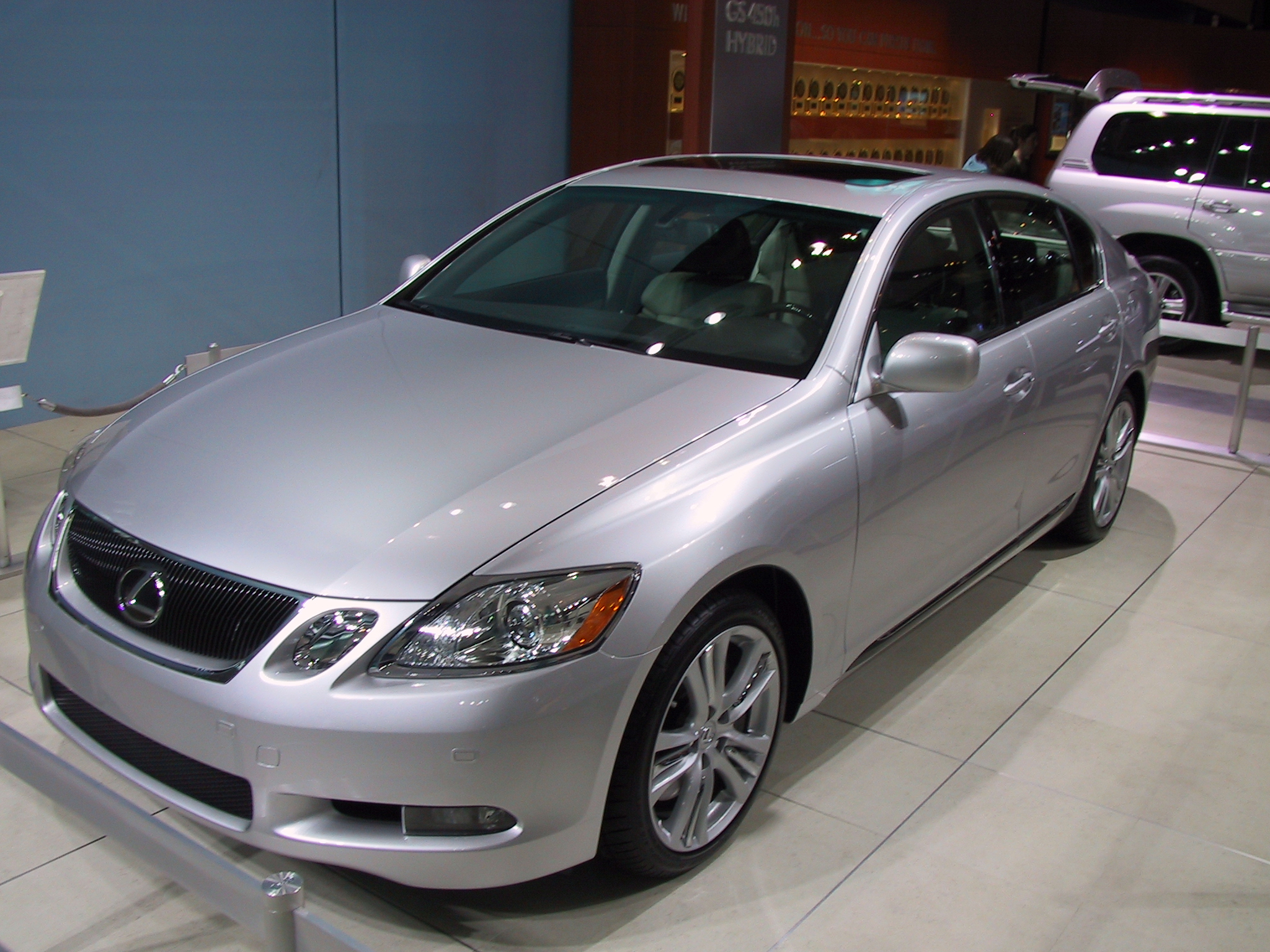 The GS 450h is the second Lexus production model to feature hybrid drive technology, following the launch of the RX 400h premium SUV earlier this year.

It has a drivetrain that combines a 3.5-liter V6 petrol engine with a high-output electric motor for maximum power output in excess of 300bhp, sufficient to move the car from rest to 62mph in less than six seconds.

At the same time, the high efficiency of the hybrid system means that fuel consumption and carbon dioxide exhaust emissions levels are comparable with those from saloons with conventional four-cylinder, two-liter petrol engines. 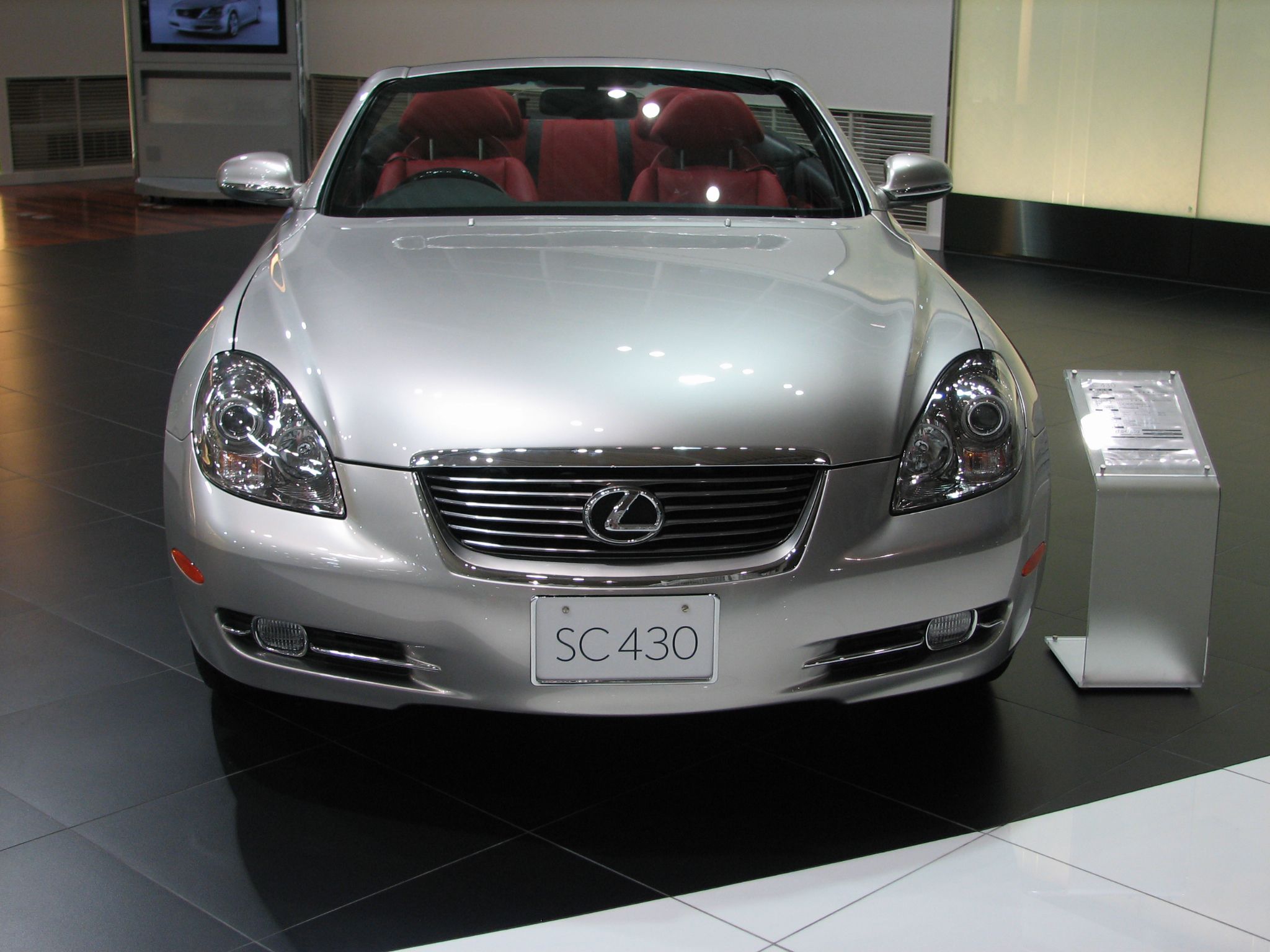 A new generation Lexus SC 430 coupe-cabriolet will be unveiled at Frankfurt, extensively remodeled for 2006.

The revisions include styling changes, improvements to the interior, and a higher specification with the introduction of Lexus’s Adaptive Front Lighting System (AFS).

AFS, already available on RX, GS, and LS models swivels the headlamp beams in line with the vehicle’s speed and steering angle to provide better illumination through bends.

The 2006 Lexus SC 430 will go on sale throughout Europe in November.

Lexus’s most eagerly anticipated new model, the new generation IS, will also be featured at Frankfurt, ahead of the car’s launch at the end of the year. 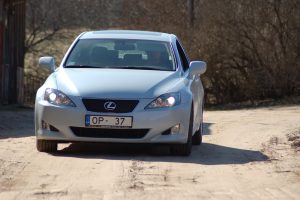 It will have the distinction of being the first Lexus to feature a diesel engine, a four-cylinder common rail unit producing 175bhp and 400Nm of torque, which makes it the most powerful in its displacement class.

The new IS will also be equipped with an advanced package of safety systems, including 10 airbags, and will be the first car in the world to be fitted with a twin-chamber front passenger airbag, enabling greater protection to the neck and shoulders in an impact. Adaptive Cruise Control (ACC) with Pre-Crash Safety will also be available.

Mark Levinson® has designed a new 10-channel, 14-speaker 300W surround system for 5.1 home theatre DVD entertainment, which can be controlled through the Lexus Navigator display screen on the IS’s center console.

Also on display at Frankfurt will be the LF-A supercar concept, Lexus’s fourth design study developing the new L-finesse styling principles. LF-A combines the luxury and refinement of a true Lexus with the power and driving dynamics of a high-performance two-seater supercar. 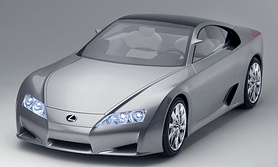 The LF-A’s engine produces more than 500bhp, yet has a displacement of fewer than five liters. The vehicle also has an exceptionally compact design, with very short front and rear overhangs, and a perfect front to rear weight balance, essential to achieving the best possible high-speed handling and stability.

In case you want to buy a set of new all-season tires for your Lexus, read our Continental ExtremeContact DWS 06 review here and if you are wondering which are the top 8 car battery brands, we’ve selected and compared them here.

We have also made a dedicated report on the most reliable portable battery chargers here that can be used on all models of Lexus cars and SUVs.