Set to arrive in showrooms this fall, the new 2004 Mitsubishi Lancer Ralliart creates excitement behind the wheel by delivering improved acceleration and sharper handling in an affordable package.

This front-wheel-drive, four-door Lancer sedan has been treated to a host of drivetrain, suspension and styling modifications designed to appeal to enthusiast drivers.

The exterior treatment of Lancer Ralliart offers a peek at some of the future styling cues to be shared by the rest of the Lancer sedan family.

The Lancer Ralliart is a front-wheel-drive performance variant that fills a niche in the product line between the styling-focused Lancer O – Z (R) Rally sedan and the rally-conquering, turbocharged, all-wheel-drive Lancer Evolution. 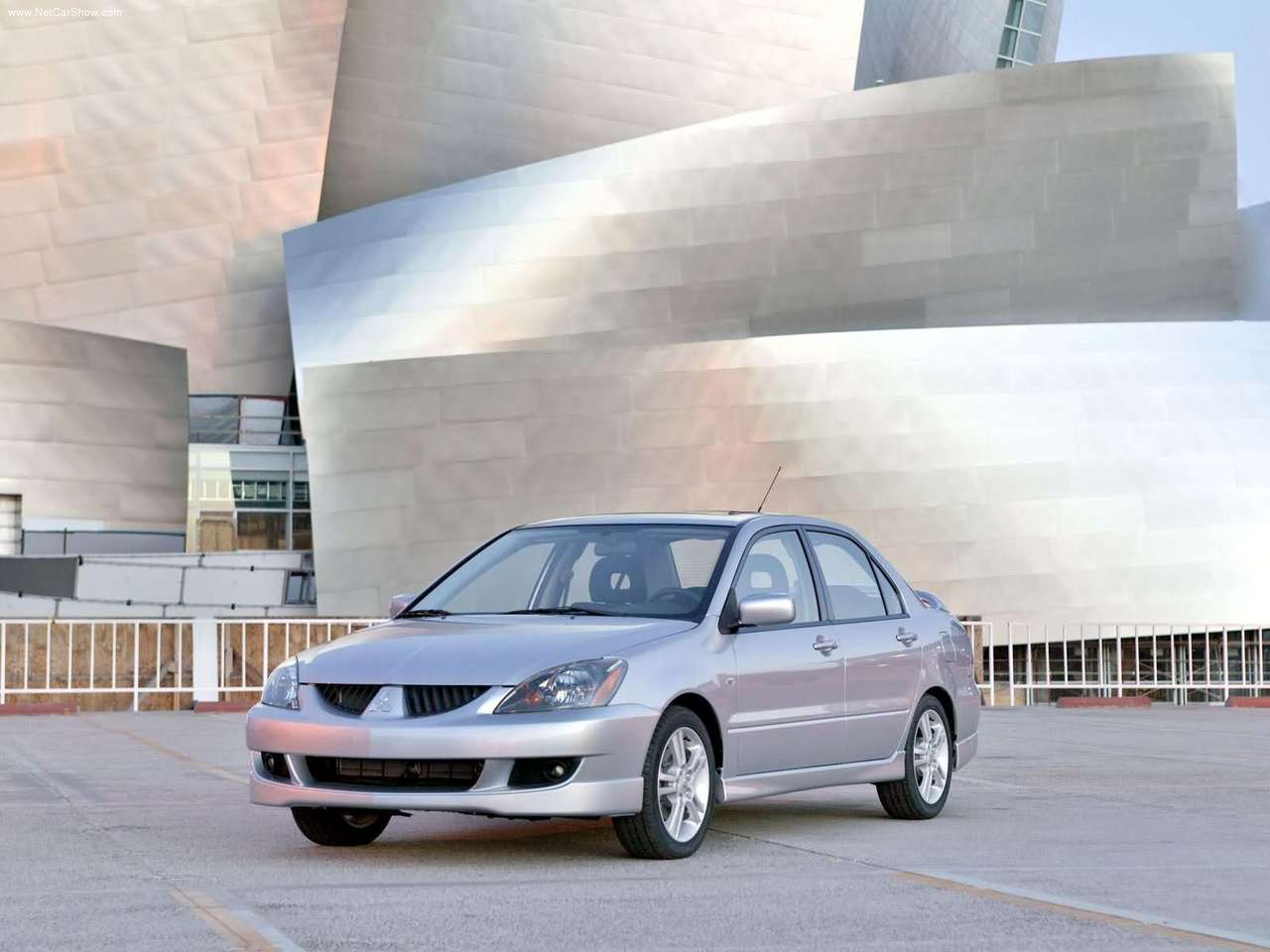 “Considering its long list of standard equipment and improved performance, we expect the new Lancer Ralliart to attract consumers as a value-laden package with an attractive price starting under $18,000,” said Pierre Gagnon, chairman, and chief executive officer of Mitsubishi Motors North America, Inc.

The new, larger displacement motor benefits from induction and mechanical enhancements that include the use of Mitsubishi’s MIVEC (Mitsubishi Innovative Valve Timing and lift Electronic Control) variable valve timing system that helps optimize engine performance at both high and lower speeds with alternate camshaft profiles.

The improved breathing allows the engine to develop superior response and power at all operating speeds with a powerband that is well-suited to the five-speed’s gear ratio spacing. A four-speed automatic transmission also will be available for the new Lancer model.

In keeping with the performance-oriented nature of the vehicle, the suspension performance has been upgraded with stiffer springs, dampers, a red, tubular front strut-tower bar, and a larger rear stabilizer bar.

The Lancer Ralliart also relies on the stopping power of larger four-wheel disc brakes and offers an available ABS with EBD option.

As it appears on the Ralliart model, the new Lancer will wear an extended front fascia common to all 2004 Lancer models.

This revised front end has been fitted with a sporty split- grille arrangement, and a new, sculpted halogen lamp arrangement.

The Lancer Ralliart’s interior is equipped with the same supportive front seats as found in the Japanese market Lancer Evolution GT-A.

The seats feature premium black fabric with red trim, an embroidered Ralliart logo, and see-through headrests on the front seats.

Pricing for the new Lancer Ralliart is expected to start under $18,000 when the vehicles arrive in showrooms in fall of 2003. Popular options will include ABS w/EBD and a Sun and Sound package with a power sunroof and 315-watt, six-speaker, Infinity CD audio system with eight-inch DVC subwoofer.

Also on display at the Chicago International Auto Show, Mitsubishi presents an example of a 2004 Lancer LS.

This economical sedan which includes a power glass sunroof for 2004 and also offers ABS with EBD, exhibits some of the revised front and rear end styling cues that appear on the exciting new Ralliart model.

As a single company consolidated on January 1, 2003, MMNA and its subsidiaries manufacture, distribute, finance and market Mitsubishi brand coupes, convertibles, sedans, and sport utility vehicles through a network of nearly 700 dealers in the United States, Canada, Mexico, and the Caribbean.

Mitsubishi Motors sold its first vehicle in the U.S. in 1981 and began building cars here in 1988 at its manufacturing facility in Normal, Ill.

If you want to know which are the best all-season tires for Mitsubishi, have a look at our top 10 brand reviews here. To make sure your Lancer will never end up with a dead battery, equip yourself with a smart battery charger, we’ve compared the best models here.

For the perfect shine and look of your Mitsubishi Lancer Ralliart, we advise you to wax your car two times per year – spring and autumn. We’ve compared the most effective carnauba and synthetic car waxes here, check them out.