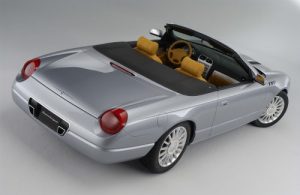 It was designed to gauge consumer interest in a performance-tuned version of Ford’s iconic two-seat sports roadster.

The Supercharged Thunderbird concept was a joint development of Ford’s Living Legends Design Studio and the FPG as a potential addition to FPG’s future product portfolio.

“Thunderbird offered us an excellent basis to leverage product excitement even further with our performance expertise.”

With 390 horsepower on tap, the Ford Thunderbird 3.9-liter supercharged V-8 engine transforms the vehicle’s character from a grand touring car into a performance-minded sports roadster. 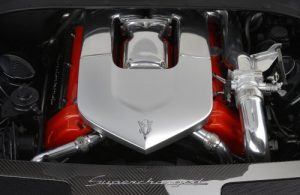 Then, all-new aluminum headers were fitted along with a Roots-type supercharger to provide the necessary thrust.

“The raw power of this most powerful Thunderbird ever is intoxicating to sample, but our designers have made the Supercharged Ford Thunderbird just as exciting visually as it is to drive.”

The design team, working in concert with the FPG, gave the supercharged Thunderbird concept an equally appealing underhood appearance to match its powerful exterior design.

The production Thunderbird is bold, confident and free, with classic design cues translated into a contemporary design language.

The Supercharged Thunderbird concept design is more aggressive, refined and powerful, entirely in concert with the powerplant under its hood.

Designers at the Ford Living Legends design studio massaged nearly every body panel on the concept vehicle to provide just the right visual presence for Ford’s most powerful Thunderbird ever. 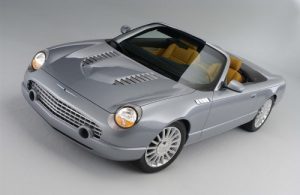 The hood, front fenders and front and rear bumpers are unique, as are the seat and trim materials in the interior.

Chrome was liberally applied to the 16 forward-facing surfaces on the hood’s twin air extractors, with the engine’s Gloss Red cam covers visible through slots in the louvers.

A new, more prominent grille is finished in the same chrome as the hood’s twin air extractor louvers.

Air intakes have been placed in the grille openings used for driving lights on the production Thunderbird. Chromed air intakes also grace each front fender, but are larger in size than the production vehicle, with all-new, cut-down rear view mirrors in color-keyed housings. 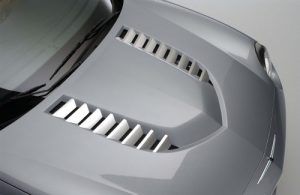 At the rear, twin exhaust ports exit on either side of the license plate surround, seamlessly integrated into the rear bumper.

Rear backup lamps have been moved from the taillights and now reside directly above the exhausts, inset into the license plate housing.

The Supercharged Thunderbird concept also features the generous use of polished and brushed chrome on horizontal ribs surrounding the interior, while the center stack is adorned with Machine Silver inserts.

Its automotive-related services include Ford Credit, Hertz and Quality Care. The company’s world headquarters are in Dearborn, Mich. 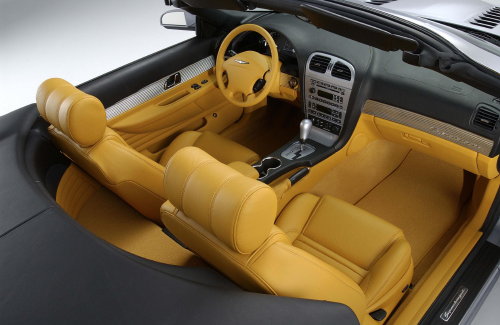 If you are about to change the oil of your Ford Thunderbird and you are still wondering which are the best synthetic oils on the market, check out our comparison here and for the top synthetic oil filters, here is our complete guide.

We have also reviewed the best car battery for hot weather that is also suitable for most of the Ford models. Read the complete review here.