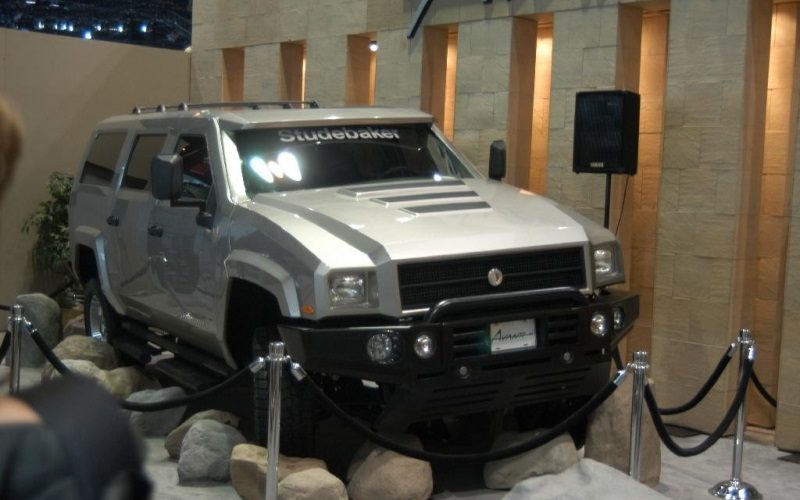 General Motors’ suit contends that Avanti’s Studebaker XUV “knocks off” the shape of GM’s Hummer H2 and will confuse the public.

The story of David and Goliath came to mind when Avanti Chairman and Chief Executive Officer Michael E. Kelly was questioned about the recent lawsuit filed by GM. 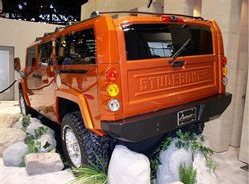 “There will not be any confusion on the part of the car-buying public,” said Kelly. “Put both vehicles side by side, and there’s no question that the Studebaker XUV is distinctly different.”

It was also noted that no GM parts were used to build the new Studebaker XUV. “There are no parts of an H2 Hummer that fit on a Studebaker XUV,” Kelly said.

“Furthermore, the Studebaker is based on original concepts and designs developed by Avanti Motor Corp. The Studebaker XUV has a completely different body style, from the front end to the rear gate, and it has sliding rear side doors and a sliding rear roof, the same as a 1963 Studebaker Wagonaire.”

The two vehicles in question share absolutely no common parts. The Avanti Studebaker is more than two feet longer than the H2 and features a rounded hood, distinct front grille, and unique body molding.

It also includes several features not found in the GM offering, including power- sliding rear doors and a power-retractable rear roof.

Avanti believes that this frivolous lawsuit was presented to the small manufacturer by General Motors in order for GM to create a monopoly on the market of boxy, utility-type vehicles, thus preventing Studebaker, Ford, or even Chrysler from producing this type of vehicle in the future.

The Hummer H2 is no stranger to legal action. Ironically, last year Daimler-Chrysler sued GM over the design of the vehicle, claiming the grill was a knockoff of the Jeep’s classic seven-slot front.

The V10 may be equipped with an optional supercharger, which raises the engine rating to 425 hp.

A five-speed automatic transmission will be offered with both engines. The Studebaker’s use of the Ford F-250 platform will enable the vehicle to be serviced by an established dealer network.

If you have an Avanti Studebaker or similar vehicle, we have made in-depth research about the best all-season tires for XUVs and SUVs which you can find here.

And in case you want to change your Avanti Studebaker’s oil filter, check out our extended performance oil filters list here and our list with the top battery chargers for trucks and SUVs is here.

Avanti Motor Corp., located in Villa Rica, Ga., is the largest independent carmaker in the United States and is now in its 40th year.